“It's really expensive,” she [Sara Nelson, ex-editor of Publishers Weekly] said of the Kindle 2, which Amazon sells for $359. “If you're going to pay that, you're giving a statement to the world that you like to read - and you're probably not using it to read a mass market paperback.”

What? Kindle readers are too high-minded for mass market paperbacks? Hah! Do Kindle readers have a type? If I had to guess, I'd say they have two shared characteristics: they love to read and they're not afraid of new technology.

What is Nelson saying anyway? Because the Kindle is expensive, you shouldn't read genre fiction on it? You mean like drinking Budweiser out of a champaign flute? As though there's something low-class about mass market paperbacks!

The article went to say when people read on Kindles, you can't see their book titles, so you can't make judgments about what they're reading. It's about time. That's why I sell more copies of The Sex Club on Kindle than anywhere else. People don't have to ask out loud for it or let anyone see their purchase, which readers have admitted was embarrassing for them.

Meanwhile, here's the top 10 selling books on Kindle last week. If they're not mass market paperbacks now, most of them will be in a few months.
Do you own a Kindle? Do you download books for the masses every once in a while?
Posted by L.J. Sellers at 6:49 PM

I don't own a kindle, but I will when I can spare the cash. I read mass market paperbacks so I will download them whenever I do finally get one. :D

Hey LJ.
You may already know of this group of Kindle owners but if you don't, check them them out.
http://www.kindleboards.com/index.php/board,3.0.html

Farthest thing from snob readers I've come across. A nice bunch and very savvy, interactive readers. They especially like it if an author "joins" their book club and spends time with them going over portions of the author's book. I haven't asked for that privelege yet but intend to at some point.

The Kindle actually allows people to read more of the mass market and genre fiction they might be embarrassed to be seen reading. Romance novels are some of the biggest selling ebook genres, after all. The only thing limiting me is how few genre titles I want are available for the Kindle.

With my iPod Touch, I can use Ereader or Stanza to buy ebooks from Fictionwise and Kindle for iPhone to buy them from Amazon. I feel like an ebook queen. Doesanyone know if there is a Sony Ereader app? 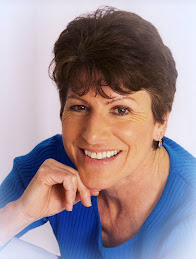